Like gently boiled hotdogs the boys of summer are slowly being brought up to temperature before smothered in a uniform and splattered with all their personalized accouchements. However, like anything in life, many of the younger players called to spring training will have to earn their mustard before they can wear the professional bun in a starting role, and I’m excited about a couple of them. First, before I get into my hair-brained analysis about the players I’m most eager to track, I’d like to make a declaration. Here it goes.

I’m not woefully worried about the Mariners’ starting pitching rotation.

Yes, I’m worried. Yes, I’ve lost sleep. Yes, I’ve read and agreed with many of the more slanderous comments on MLB.COM about our starting rotation, but I’m not woefully worried. My short answer as to why is that I believe in our young talent. My much longer and incoherent answer, reduced into a single statement for the sake of keeping your interest, is my councilor said that I’ll cause myself to much unnecessary stress and anxiety if I think about the Mariners’ starting rotation. In retrospect, I think he said so because he didn’t want to think about it either.

Look on the bright side, our rotation candidates supply us with a lot of question marks, no doubt, but not a laundry list of definitive answered in the negative. All we really know is that Felix’s arm is at the equivalency of a Toyota with 225,000 miles, that James Paxton is a beast with fairy arms, and Miranda likes to watch flaming baseballs sore over his head and out of the park when he gets sleepy. Beyond that, we’ve got a lot of wait and see to do.

Returning to the original intention of this piece, which young up-and-comers do I most want to see pull a tuna out of the proverbial opening day tuba (this is not a thing, BTW), below are my favorite three candidates.

The 23-year-old RHP from Springfield, Oregon debuted on the second day of summer last year and was put into an impossible position: as starting pitcher on a sinking ship.

His assent was rapid. From the Bakersfield Blaze to the Jacksonville Generals, Moore found himself unable to settle long on either team before the Mariners invited him to spring training. There, Moore impressed and won a spot on the Rainiers rotation.

But then, tragedy struck.

Kuma’s shoulder-parts went haywire, Paxton’s fairy arm shit the bed, the timing belt went on Felix’s Toyota Corolla, and there we were, taking on water, and fast. Our courageous field generals, GM Jerry and Scott “how may I be of” Servais decided to drop the proven greenie into the backcountry without Bear Grylls or a knife.

The fact that the young Andrew Moore chalked 11 starts and went 59 innings is more important than the fact that he went 1-5 on the season with a 5.34 ERA. The kid was bounced around like a pinball, being dropped and recalled three times during the season, but was able to average nearly 5.4 innings of baseball per outing (5.36 to be exact). That is a tremendous upside from a young talent that no doubt plans to take that experience and run with it in 2018.

Who really knows, right? Marco could go either way, but I think he’s going to surprise us, especially once he gets a couple of losses under his belt. I don’t expect Marco to come out of the gate throwing daggers, but I think he’ll hang on until June and then go on a win streak from there and finish the season still in the rotation. Why do I believe this? What proof is there to back up this assertion?

All I’ve got to go on is that this season will be his second since Tommy John surgery, and the generals have cleared the bright-eyed 26-year-old to throw his cutter again, a pitch he was largely without last season. Imagine that, restricted to barely use one of your best pitches in a league that eats fully equipped rookie pitchers for breakfast. I’m surprised he didn’t end the season with a 8.00 ERA and a nervous twitch. 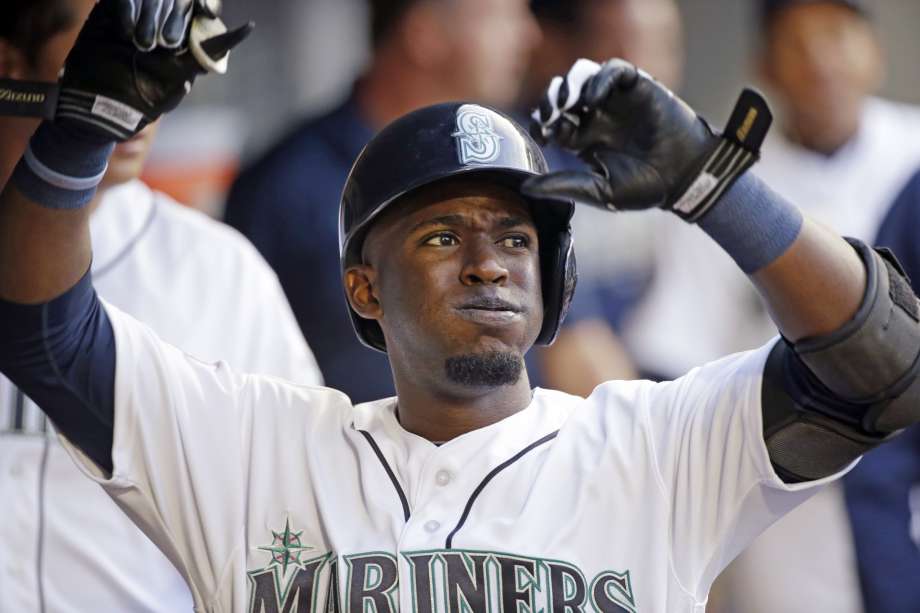 El Conde. You will know this man. You will call him El Conde.

Heredia is ready. If anyone is going to get the hotdog water boiling this preseason, it’s going to be this guy. I don’t think he’s intimidated by anyone, and I certainly don’t think he enjoys Ben Gamel’s hair. However, what has him the most upset is the assumption that he’s the M’s 4th outfield option.

My prediction is that his physical (which is probably today) will indicate that he’s ready for full duty and he’ll hit the ground running without ever looking back. I have a hunch that he was playing injured most if not all of last season and that his shoulder affected his batting.

With that said, I’m not sure his preseason showing, no matter how mercurial, will win him a starting position on Opening Day. However, mark my words, Heredia will quickly find a way to contribute and he will be rewarded for his efforts.

Or, we trade him for starting pitching. FML.

I wish all of you heading down to Peoria for Spring Training to have one hell of a good time. May your hotdogs be steamy and supple, your beer cold and un-spilled, and your sun screen effective and well lathered.